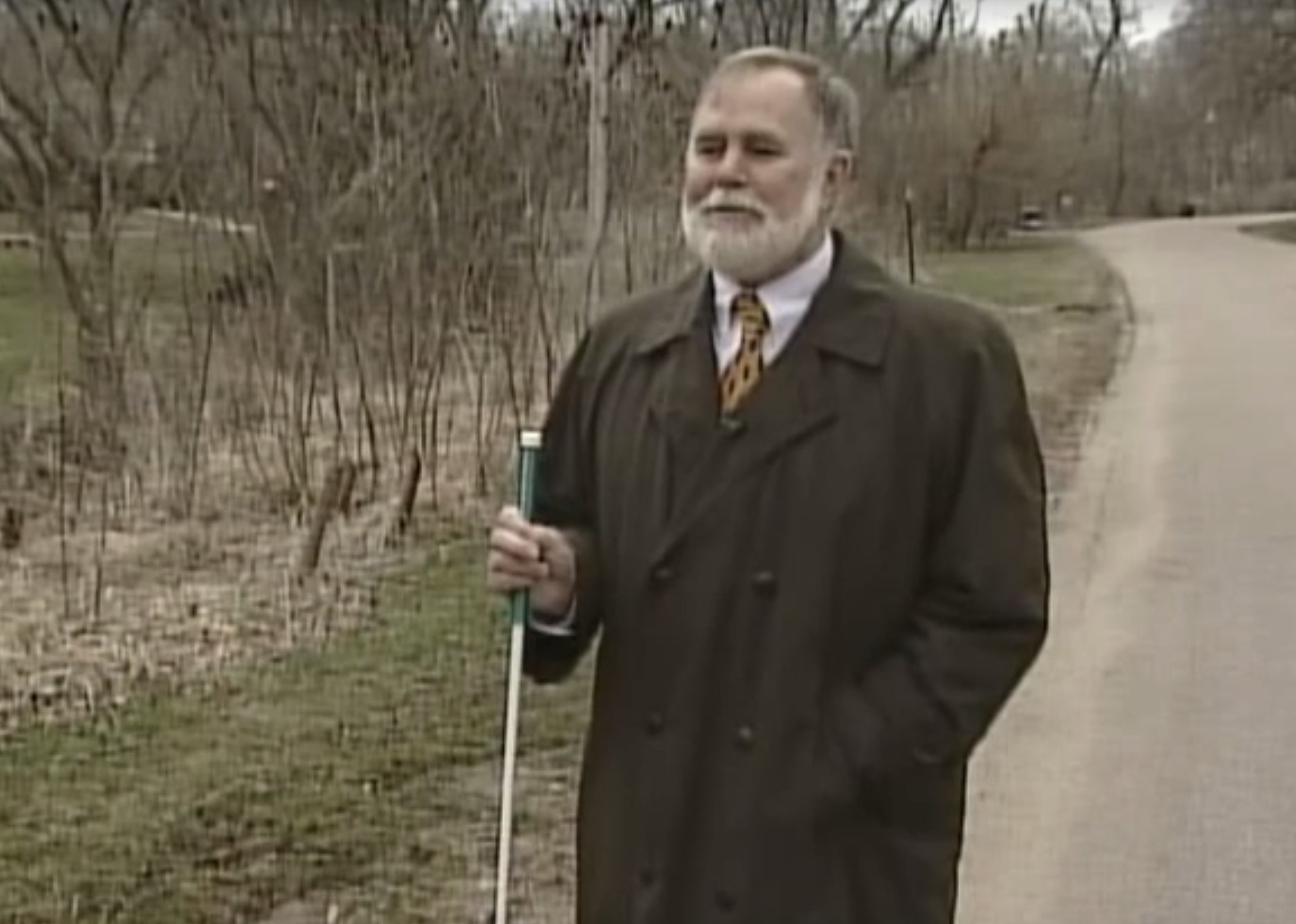 You probably wouldn’t expect to find a hitchhiker on Country Club Boulevard. Yet, every weekday for decades Richard Crawford has hitchhiked into work. In fact, hitchhiking is a central part of his networking strategy. According to Richard, “People who pick up hitchhikers are the nicest people. I get at least two to three clients a month from hitchhiking.”

You also may not expect a man with a visual impairment to be a successful stockbroker, but as Richard put it “I figured out investing takes foresight not eyesight.” After three decades in the investment industry, Richard has established that he is more than capable of helping his clients manage their money. In fact, Richard is a partner in a successful investment firm.

Now, I’m not suggesting you go out and stick out your thumb on the street corner as a networking strategy. But there are several pieces of wisdom you can pick up from the Country Club Boulevard hitchhiker.

You have to get out there every day!

Rain or shine. Winter, Spring, Summer and Fall. Whether it is 100 degrees or below zero, Richard is out there with his thumb out. “How else am I going to get to work?” Richard asks. What other people would see as a barrier he has turned into an asset. He has a captive audience for the length of the ride into work. Richard has a passion for meeting people and his mode of transportation fits perfectly with his passion.

You have to go where people who can hire you go

“People with money to invest don’t ride the bus to work” Richard explains. We’ve all been to networking events where there are no economic buyers. Why bother to spend your time there? Find out where people who could hire you go and spend time there. Get to know them on a personal level. People hire people they know and like, not bits of paper or bytes. You’ve got to get out from behind your screens and interact with others.

It helps to be fun to be around

Richard is one of the most interesting and charming people I have met in a long time. He moved easily between conversations, stories and bits of humor. One of my mentors suggested that every time I interact with a cashier I should endeavor to make him or her smile or laugh. Not only does this improve your conversation skills it also lightens the day for others. While I have only known Richard a short time, I would venture to guess that his wit and charm have been honed from years of bringing a little levity to others’ lives.

You have to make the ask

The next day, after our meeting, as if on cue, I received a nice email follow up from Richard inviting me to stop in his office the next time I was in the area. For my part, I sent out to my network of over 5,000 executives a link to Richard’s website. You never know how far a good story can travel and who may be willing to promote you. If you’d like to reach out to Richard directly his website is http://richcrawford.wordpress.com.

What are you doing for the interesting people you meet?

“There is always a way to do something if you really want to do it.”

About Richard: Richard Crawford is a Senior Vice President of Private Wealth Management with R.W. Baird & Co. in Sioux City, Iowa, in his 37th year as a Financial Advisor. He has had clients in 27 states and five countries. Richard has been recognized by several Iowa Governors, both Republican and Democrat, for his community service and business success. Richard also made the state championships in wrestling in high school and he is an avid deer hunter – he lost his sight at 10 years old.

A member of the board of directors of the Siouxland Boys Club, March of Dimes, and Big Brothers Big Sisters, he is one of the most unlikely hitchhikers you will ever meet.